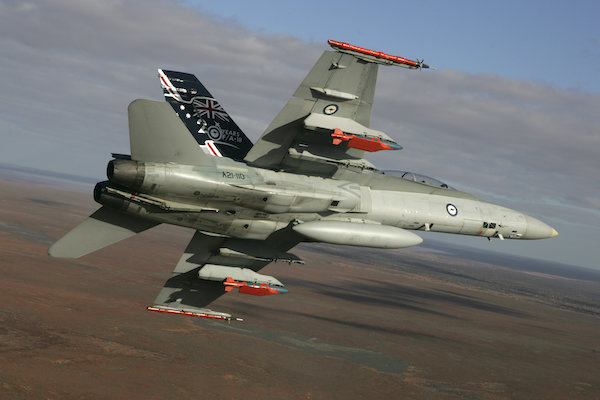 Defence will spend $50 million to leverage a further $200 million investment by a consortium of two universities, the CSIRO and more than 50 industry partners in the commercialisation of Australian-developed defence technology.

The Defence Trailblazer: Concept to Sovereign Capability (CSC) bid, led by the University of Adelaide in partnership with the University of New South Wales, has been endorsed to assist the development of sovereign Australian defence technology under the Trailblazer Universities Program. Defence will invest $50 million in cash over four years, matched by $50 million of funding from the two universities and $10 million from the CSIRO. More than $140 million will be invested in the project by over 50 industry partners bringing the total value of the program to approximately $250 million.

“The Defence Trailblazer will transform the nature of the relationship between the academic sector, defence industry and the Department of Defence, compelling universities to pivot outwards towards entrepreneurial and commercial outcomes-driven collaboration,” said Ms Christine Zeitz, General Manager Asia Pacific, Northrop Grumman and CSC Chair-designate. “CSC will address the pressing requirement for a strategic response from industry and academia to the strategic threat environment. It is imperative that we adopt new approaches, to drive research translation and sovereign manufacturing as key industry inputs to defence capability.”

Industry and academia will support Defence’s pull-through of leading-edge capabilities, including dual-use technologies, to sustain the ability of the ADF to defend Australia’s national security interests in a highly volatile geo-strategic environment. The CSC partners will integrate emerging technologies and scale-up manufacturing in a number of priority areas:

These match the investment priorities of Defence’s Next Generation Technologies Fund (NGTF) administered by DST Group, as well as some of DST Group’s eight STaR Shots.

CSC will allocate $34 million in seed funding to enable industry and university innovators to create deployable prototypes of disruptive technologies to meet Defence’s priority future requirements. Successful commercialisation of these technologies in defence and dual-use market opportunities will be enabled through a $126 million Advanced Innovation Fund. These two funding streams underscore the focus of CSC to commercialise technology and grow the Australian economy.

Over 80 per cent of industry commitments to the program are from Australia-based SMEs. This involvement of SMEs underlines the potential to upscale Australia’s sovereign defence capability, support national security and drive economic growth through commercialisation in dual-use technology areas, according to the University of Adelaide.

“With more than $140 million committed by industry to our Defence Trailblazer CSC in less than two months and a total program value of $250 million, a clear signal has been sent by industry about the appetite for strategic risk in the defence industry and the desire to leverage the skills and capabilities within our university sector.

“More than 80% of companies already committed to participate in CSC are Australian owned, and all are Australian based, which underpins the value of our proposal for sovereign capability and national security.”

It is estimated that CSC will have a net economic benefit to the Australian economy of $1.5 billion over ten years and will deliver more than 2,500 Full Time Equivalent (FTE) jobs over four years directly linked to the activities of the program.