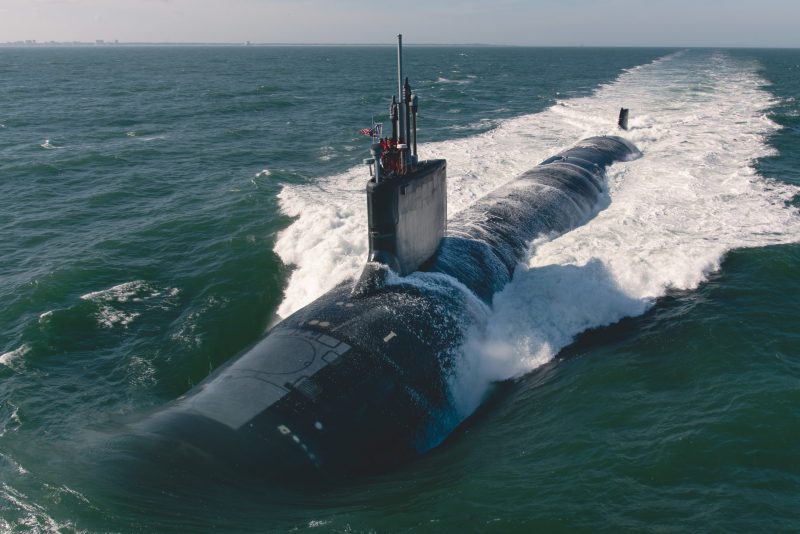 The US Congress’s AUKUS Working Group has introduced a new bipartisan bill, the Australia-U.S. Submarine Officer Pipeline Act, which would enable the start of US-based training of Commanding Officers for Australia’s future fleet of nuclear-powered submarines.

The four Chairmen of the Working Group, representatives Mike Gallagher (R-WI), Joe Courtney (D-CT), Derek Kilmer (D-WA) and Blake Moore (R-UT) were also joined by Reps. Rob Wittman (VA-01), Donald Norcross (NJ-01), and Ed Perlmutter (CO-07) as original co-sponsors of the bill. The AUKUS Working Group serves as the go-to panel in the U.S. Congress for implementation of and collaboration on the new undersea alliance.

The Australia-U.S. Submarine Officer Pipeline Act outlines that the U.S., U.K., and Australia should work strategically to deliver the capabilities outlined in the new undersea alliance, including by engaging with industry partners and by expanding industrial base capacity to support increased submarine production. To prepare for the successful operation of future undersea capabilities, the bill establishes an exchange program between the U.S. Navy and the Royal Australian Navy to integrate and train Australian sailors for the operation and maintenance of nuclear-powered submarines.

“Establishing a joint training pipeline between our navy and the Australian navy is a critical step that will take our security partnership to the next level,” said Rep. Gallagher. “I’m proud to work alongside my colleagues to introduce this vital legislation that not only demonstrates Congress’ unwavering support of the AUKUS partnership but begins taking the many steps that will be required to realize its full potential.”

The four Chairmen state the delivery of nuclear-powered submarines to Australia will require the appropriate training and development of future commanding officers, so the bill is designed to uphold the stewardship of the US Naval Nuclear Propulsion Program. Under the program, a minimum of two Australian submarine officers would be selected each year to participate in training with the U.S. Navy. Each such participant will receive training in the Navy Nuclear Propulsion School, enroll in the Submarine Office Basic Course and then be assigned to duty on an operational U.S. submarine at sea.

“The AUKUS alliance is the most important national security partnership that America has entered into in decades,” said Rep. Courtney.” Its centerpiece is creating an Australian nuclear-powered undersea fleet of submarines, which all three allies are actively designing. While that work is ongoing, it makes sense to open the U.S. Navy’s nuclear training programs to Australia’s naval officers to acquire proficiency in the operation of nuclear submarines

The Australia-U.S. Submarine Officer Pipeline Act is a major milestone in the successful implementation of AUKUS, he added. The bill will authorize an education and training program for RAN submariners to receive formal instruction in the highest standard of U.S. Navy technology. “This bipartisan bill has the full support of the AUKUS Working Group, and we should waste no time in moving it forward towards a final vote.”

Two days later the US Secretary of the Navy, the Honorable Carlos Del Toro, announced that Rear Admiral Dave Goggins has been selected as a Special Assistant in support of the AUKUS partnership’s effort. Goggins is currently the Program Executive Officer Attack Submarines (PEO SSN) and will be relieved by Rear Adm. Jonathon Rucker.  Goggins will report to the Assistant Secretary of the Navy for Research, Development and Acquisition (ASN RD&A).

“ Rear Adm. Goggins will also be leading the planning and standup of the enduring U.S. Navy efforts to implement whichever approach the Australian’s choose at the end of the consultation period.” said Secretary Del Toro. “This move strengthens the AUKUS submarine initiative and demonstrates our commitment to the United States’ allies.”